Canadian violinist Mary-Elizabeth Brown enjoys parallel careers as a performer and pedagogue. In concert, she has delighted audiences around the world and earned accolades for her “ability to unfold bittersweet magic” (Rhein Main Presse) and “perfect command of her instrument” (Florsheim Zeitung). In recent seasons, she has appeared as an invited soloist with orchestra more than forty times in Europe, Asia, North and South America, and has appeared with esteemed chamber music colleagues at numerous festivals including Festival Campos do Jordao (Brazil), Mozarteum Uruguay, The White House (USA), the Aldeburgh Festival (UK), Arts and Letters Club of Toronto, Indian River Festival, Elora Festival and Banff Summer Arts Festival (Canada). Her recording of the last 3 Mozart Violin Concerti for the newly-released Mozart Effect recordings were released worldwide in 2017.

Equally at home as a concertmaster, critics have praised Mary-Elizabeth as “superbly confident in her role as leader” (Norfolk Times) and “…an outstanding concertmaster” (El Adelantado, Spain). To date, she has led nearly 1000 concerts on 4 continents under the direction of some of the most noted conductors of our time: at the invitation of Lorin Maazel, she led orchestra of the Young Artists from the Met production of Rape of Lucretia; recorded Verdi’s Requiem under the baton of Placido Domingo; toured South America playing Scherezade with Carlos Miguel Prieto, led multiple performances of Shostakovich with Vasily Petrenko, and was the solo violinist for the recording of John Burge’s Flanders Fields Reflections that won the 2009 Juno for best composition. She served as concertmaster of YOA Orchestra of the Americas from 2006-2008, and led the Britten-Pears Orchestra from 2007-2009. From 2006-2015, she was Associate Concertmaster of Orchestra London Canada, Concertmaster of the award-winning chamber orchestra Sinfonia Toronto from 2007-2016, and currently holds the Ottawa Symphony Orchestra's Bielak-Hartmann Concertmaster's Chair.

Following parallel paths as a performer and pedagogue, Mary-Elizabeth is a sought-after teacher, clinician, adjudicator and speaker. She has facilitated workshops in the Aldeburgh Young Musicians Program and the Neojiba Project (Salvador, Bahia, Brasil), led the 2008 Sembrando Talentos project in Montevideo (in collaboration with Mozarteum Uruguay), played an integral role in the development of the El Sistema program in London, Canada and designed the most recent string curriculum for the Bahamas Music Conservatory in Nassau. She has been a clinician for numerous public and high school string retreats and workshops in Canada and abroad. Her initiative, Strings Around The World,  makes music education and teacher training accessible to violinists worldwide and facilitates yearly outreach projects in developing countries. She is a member of the Royal Conservatory of Music's College of Examiners.

Mary-Elizabeth began studying the violin in her local Suzuki program at the age of 5 and holds degrees from the University of Toronto and l’Université de Montreal where she completed her doctoral research as a Schmeelk Fellow. Her principal teachers and mentors include David Zafer, Mark Skazinetsky, Ilya Kaler and Jean-François Rivest. She plays on a 1766 Giusepe Gagliano violin on permanent loan from an anonymous donor. 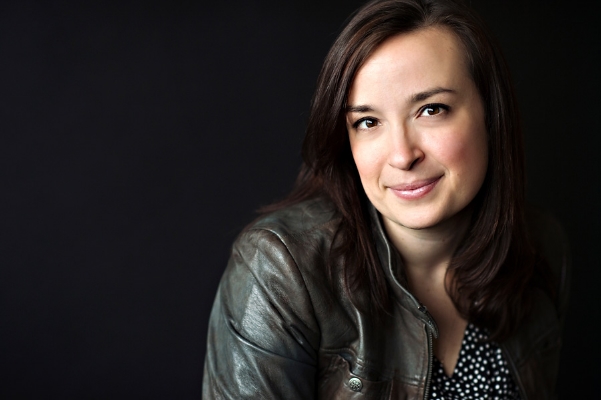